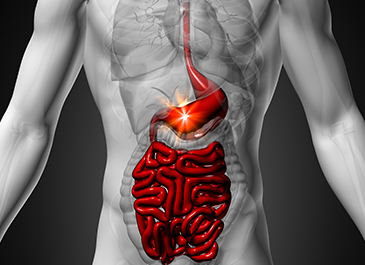 In the decade since I wrote my medical school thesis on celiac disease and gluten sensitivity, there has been a massive increase in the amount of research being conducted on these conditions. Perhaps the most promising area of this research is on the role of intestinal permeability in celiac disease.

The Trio of Triggers

Until recently celiac disease was believed to be caused by only two factors: the first is a genetic susceptibility to the condition (people with the HLA-DQ2 or HLA-DQ8 genes) and the second is dietary exposure to the gluten grains wheat, barley and rye. Recent research indicates that there is a third major trigger, which is having an excessively permeable intestinal wall. This phenomenon is commonly referred to as “leaky gut syndrome.”

It is now known that there is a specific protein called zonulin produced in the human intestinal tract that causes the gut lining to become more permeable or leaky. It is also clear that in genetically susceptible people, gluten triggers an increased production of zonulin. Once this occurs, large gluten fragments freely cross the intestinal wall and trigger an immune reaction that attacks the intestinal lining, causing a wide variety of digestive and other symptoms.

A simple, non-invasive test is now available from many naturopathic physicians to diagnose and monitor leaky gut. Called the Intestinal Permeability Test, it involves the consumption of a solution containing two sugars, lactulose and mannitol, followed by a urine collection.

Not every individual with the above HLA genes, who consumes gluten, will go on to develop celiac disease. As leaky gut syndrome is now known to be a significant part of the celiac disease mechanism, it is an area to focus on for potential prevention. Food allergies or chronic intestinal infections contribute to increased intestinal permeability. Consulting with a naturopath for lab testing to assess these leaky gut triggers (along with following a gluten-free diet) may help prevent celiac disease from developing or may speed up the recovery process.

Many clinical trials are underway of potential prevention and treatment options for celiac disease. A study of infants with celiac genes and family history is being conducted to determine if gluten avoidance for the first year of life has any preventive effect. Various pharmaceutical therapies as well as a vaccine derived from the most reactive fragments of gluten are currently being studied as well. But for now, a strict gluten-free diet remains the only proven effective treatment for celiac disease and gluten sensitivity.

Dr. Arjuna Veeravagu is a naturopathic physician, registered acupuncturist and founder of Sage Clinic in Yaletown. He has studied the work of several celiac and gluten sensitivity experts, including Kenneth Fine, MD and Alessio Fasano, MD. Dr. Veeravagu offers various screening tests for gluten sensitivity and associated conditions in his practice at Sage Clinic. More information about Dr. Veeravagu can be found at www.sageclinic.com.