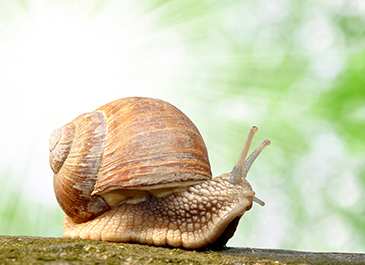 Some things are just better when they’re slow: strolling through a park on a warm summer evening, inhaling a deep breath when feeling stressed, taking your time waking up and getting out of bed on Sunday morning. And food, of course! However, when it comes to the Slow Food movement, I’m talking about more than just a cooking process. Slow Food is a call to action to reconsider the dominant food system. The purpose of it is to support food that is good, clean, and fair for people, the environment, farmers, and animals.

Slow Food actually started because of the fast food giant, McDonald’s. Imagine Rome, Italy, 1986: the Baroque style Spanish Steps are filled with activists protesting this as the newest location for McDonalds. The protestors succeeded and this gave rise to the Slow Food Movement in defense of non-industrialized food production. And how fitting, too, that the cornerstone of fast food brought about the exact opposite: a Slow Food movement, which questions all processes supporting the fast food industry.

Since its creation, the Slow Food movement has grown into a global movement with 15,000 supporters throughout Europe, Africa, Australia, China, and the USA and Canada just to name a few. In Canada, local chapters span coast to coast and consist of farmers, producers and consumers, all with the central goal of being mindful of every step between a seed planted in the ground and a meal eaten at the dinner table.

Consider conventional or industrialized farming systems that plant only one type of crop in vast areas of land year over year. This is known as a monocrop system. It limits biological diversity within the crop species and reduces the crop’s ability to naturally evolve and develop traits to help it defend itself against pests or environmental changes. This monocrop system also depletes the soil of nutrients because replanting the same crop pulls on the same nutrients in the soil and increases the use of fossil-fuel based fertilizers.

Eating seasonally and choosing local first as often as possible, is an easy way for consumers to support the Slow Food movement. When it comes to imported goods like coffee, chocolate or out-of-season fruits or vegetables, fair trade is an option as it aligns with Slow Food values.

In short, to ensure the Slow Food movement catches on even quicker, cast your vote with every purchase, and remember that those votes reach food producers. To learn more about Slow Food, visit slowfood.ca , or slowfood.com.

Registered Dietitian, Shannon Smith is Choices’ Nutrition Operations Manager. This summer Shannon will be doing her part to support the Slow Food Movement by purchasing and cooking with BC’s treasures. To reach Shannon, email nutrition@choicesmarkets.com.