Health at Every Size, is it Possible? 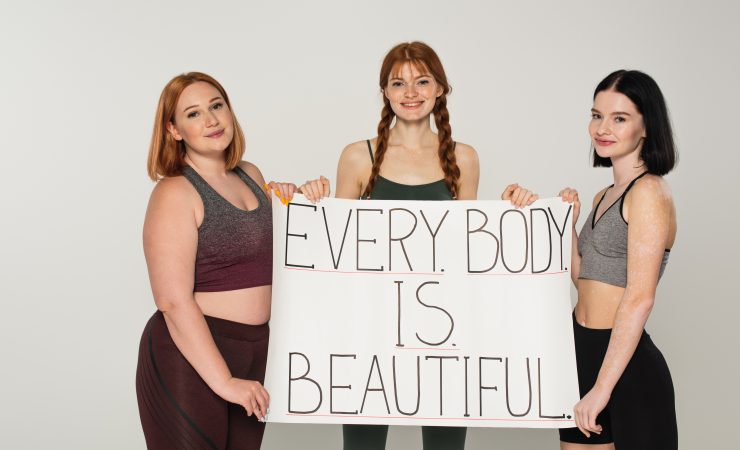 Have you heard of the term Health at Every Size (HAES) but are a bit confused as to what it means or where it came from? First of all, the phrase HAES is a term trademarked by the Association for Size Diversity and Health which is a non-profit, non-governmental organization. HAES is all about celebrating body diversity, honoring your body, and challenging the notion that health is determined solely by body weight. This means ditching diets and tuning into your body’s cues through intuitive eating and intuitive movement.

This sounds great, right? You might be wondering how this is possible when we have been consistently told having too much body fat is a major health risk. The HAES movement and research has shown that there are a lot of flaws with our previous way of thinking.

First, studies have shown that “overweight” or “moderately obese” people often live longer than people classified as “normal weight”. Second, although obesity is associated with increased risk for many diseases, this does not mean it directly causes the disease. For example, yellow teeth are associated with people who have lung cancer, but that does not mean yellow teeth cause lung cancer. Blaming body fat for causing disease without looking at other factors such as fitness levels, socioeconomic status, nutrient intake, etc. is like blaming yellow teeth for causing lung cancer without considering if the person smokes! In 2010 a Canadian report found that low income was strongly associated with diabetes even when BMI was accounted for. This shows that there is more to the health puzzle we need to include!

Another popular assumption that the HAES community rejects is that diets work. Studies have consistently shown that although some weight may be lost initially, weight re-gain is the average long-term response to dieting. This pattern of weight loss then subsequent re-gain is called weight cycling. Studies have shown that weight cycling can cause increased inflammation which causes an increased risk of obesity-related diseases such as diabetes.

Diets can increase one’s risk of weight cycling, and they can also negatively impact one’s body image and relationship with food. This is where HAES can also help! The HAES movement promotes weight inclusivity and rejects idealizing a certain body type. All bodies being socially accepted has a huge influence on the way both women and men see themselves. One study showed that women’s BMI did not predict women’s level of body appreciation, but the acceptance of their body by their close social circle and society did.

Societal acceptance of all body types impacts males as well. Although body image struggles and eating disorders are often associated with females, males are also heavily impacted. Studies have shown almost a quarter of people suffering from anorexia or bulimia are male, and almost an equal number of males and females suffer from binge eating disorder. Everyone will benefit if as a society we stop trying to fit everyone into a specific mould in order to be considered healthy, attractive, or worthy.

Overall, the HAES movement has brought to light how weight stigma, fatphobia, and diets do more harm than good. If you are interested in learning more some great HAES resources are:
• Asdah.org
• The Book: Body Respect by Lindo Bacon & Lucy Aphramor
• The Podcasts: Let us Eat Cake, Food Psych, The Food Heaven Podcast