Is it SIBO, Not IBS? 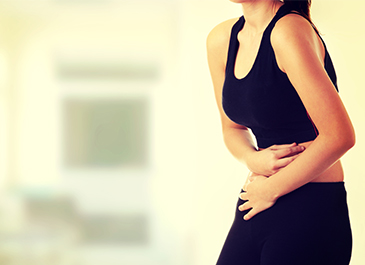 SIBO (small intestinal bacterial overgrowth) is a major—and often overlooked—underlying cause of chronic digestive symptoms, including those labelled as (IBS) irritable bowel syndrome. The small intestine is meant to be a sterile environment where optimal nutrient absorption can occur. Bacterial overgrowth in this area of the digestive tract may be highly disruptive to normal intestinal function and cause many negative consequences.

Major Causes of SIBO
There can be many different reasons that SIBO occurs in an individual, but some of the major ones are listed below:

Clues That SIBO Is Present
There are also some other major clues that point towards SIBO. Some SIBO patients will report dramatic improvement in their digestive symptoms after taking antibiotics to treat an infection elsewhere in the body. Prebiotic supplements such as fructo-oligo-saccharaides (FOS) often found in probiotic supplements can also make patients feel worse by directly feeding bacteria in the small intestine. Celiac or gluten sensitive patients who don’t improve on a gluten-free diet often have SIBO present. Also patients with chronic digestive symptoms and unexplained iron deficiency also are likely to have SIBO.

Lab Testing For SIBO
When bacteria overgrow in the small intestine, they produce abnormal amounts of hydrogen and/or methane gases. These two gases will be present in the breath, which can then be measured. The Lactulose Breath Test is the most accurate method to objectively assess if SIBO is present. A patient drinks a solution containing a type of sugar called lactulose and then collects several breath samples over the next few hours. This is a specialized test that can be ordered by gastroenterologists and some naturopathic doctors.

SIBO Treatment
The goal of SIBO treatment is to eradicate bacteria in the small intestine. This process can be easy for some patients and very challenging for others. Once bacteria are cleared from the small intestine by pharmaceutical and/or herbal antibiotics, it typically takes ongoing effort from the patient to prevent recurrence. A few different diets have been found to be helpful including Paleo, Specific Carbohydrate and Low FODMAP, all of which limit starches and sugars to prevent feeding bacteria and helping it regrow. Naturopathic doctors experienced in recognizing and treating SIBO can help with managing this very common underlying cause of chronic digestive issues.

Dr. Arjuna Veeravagu is a naturopathic physician, registered acupuncturist and founder of Sage Clinic in Yaletown. More information about Sage Clinic can be found at www.sageclinic.com. To schedule a consultation with Dr. Veeravagu please email info@sageclinic.com or call (604) 697-0397.