The Role of Antioxidants in Inflammatory Bowel Disease 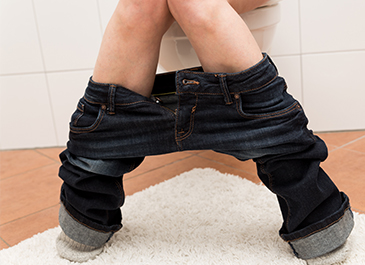 Inflammatory bowel disease (IBD) such as Crohn’s disease and ulcerative colitis can be debilitating and can significantly impact an individual’s quality of life. Along with the inconvenience of bowel irregularities, a main concern of IBD is the increased risk for colon cancer resulting from chronic inflammation of the intestines. In addition to an antiinflammatory diet, zinc, omega-3 essential fatty acids, vitamin E, probiotics, folic acid, and vitamin B12, evidence is growing for the use of antioxidants in the treatment of IBD.

Research has shown that individuals with IBD have lower circulating levels of total antioxidants in their blood and those with active disease have even lower amounts. The oxidative stress of the inflammation and the depletion of antioxidants are thought to contribute to damage to the intestinal walls.

Fruit-based antioxidants such as resveratrol from grapes or anthocyanins from bilberries (also known as European blueberry) have shown to reduce inflammation in the intestines of animal models. Mice that received the fruit-based antioxidants experienced less weight loss, less diarrhea, and less bleeding than those that did not. Recovery time was also shortened with the antioxidant group.

Vitamin C also helps ease IBD as it is not only an antioxidant but essential for tissue repair and wound healing as well. Although vitamin C has anti-inflammatory effects, absorption may be an issue especially with inflammation of the intestines. Intravenous administration of vitamin C is often prescribed by naturopathic doctors to help control symptoms of active IBD. Vitamin C also works synergistically with other antioxidants such as glutathione and vitamin E.

Furthermore, vitamin C is an important nutrient involved in tolerating physical and mental stress. In all animals that are capable of producing vitamin C, serum levels increase with the increase of environmental stresses such as cold weather or danger from a predator. Unfortunately, humans are unable to produce vitamin C and rely on food sources and supplementation. In many cases of active IBD stress seems to be an aggravating factor. Raising the vitamin C status in these individuals appears to help with stress tolerance and reducing the severity of inflammation.

Consult your local naturopathic doctor to find out more about treatment options for IBD.