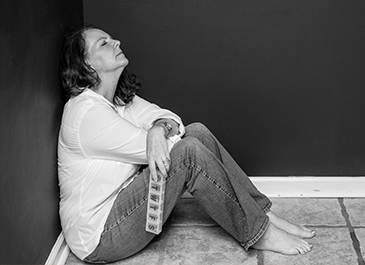 Common among women, low iron or iron deficiency is characterized by symptoms such as fatigue, peeling fingernails, hair loss, poor concentration, heart palpitations, pale skin and/or dark under-eye circles. So important is iron to health that even a mild deficiency can affect your ability to perform everyday mental and physical tasks. And you do not have to be diagnosed as anemic to feel the effects of low iron. In a 2003 British Medical Journal clinical trial involving non-anemic women, simply taking 10 milligrams per day of elemental iron dramatically improved unexplained fatigue. Iron is not only involved in energy production in the body but also in other functions: detoxification, cell protection, hormone manufacture (predominantly estrogen and progesterone) and the action of serotonin, your “happy” hormone. For all these reasons, persistently low iron—even if you are not considered anemic—is a serious concern.

Women are more susceptible than men to iron deficiency due to blood loss during their monthly cycles. Yet over 57 percent of women do not get adequate levels of iron from the diet. Women require up to 20 milligrams of iron daily during childbearing years, but most get less than 10 milligrams per day from food, and often it is poorly absorbed.

Low iron status is commonly overlooked, so remember even low normal iron can cause the symptoms mentioned above. Blood tests checking hemoglobin levels will only indicate a problem once iron stores are close to depleted. Testing hemoglobin alone is a bit like checking to see if the barn door is unlocked after the chickens have escaped down the road. Have your serum ferritin checked by your doctor. This will tell you how much iron is stored in your body and should indicate whether you are low or deficient in iron.

It’s in the Elements

Often when patients are prescribed high doses of iron, they actually only get a small percentage of iron as elemental iron (the usable iron you actually get from total iron). When you look at the label of an iron supplement, make sure it states “elemental iron” amounts. Research has shown that 10 milligrams of elemental iron taken daily can improve low iron symptoms quickly and without the side effects of high iron, which may include nausea, diarrhea, vomiting, black stools and stomach pain.

Not all iron supplements are equal. Make sure the iron you take states amounts of elemental iron on the package—10 to 30 milligrams per day is the preferred dose. Liquids are easier to digest and absorb than coated tablets, which may contain fillers and binders. Liposomal iron is an ideal choice. Iron delivered in a liposome (picture iron in a protective bubble) improves iron absorption as the iron is able to travel through the acidic stomach and is delivered to the receptor in the small intestine. As a result, hemoglobin and ferritin increase quickly and the iron does not cause the stomach upset and constipation associated with iron tablets.

There is no need to drag through your days feeling tired or suffering from other iron deficiency symptoms. Reclaim your “get up and go.”