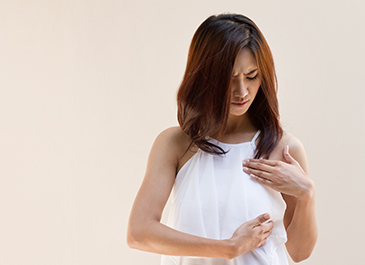 Breast cancer is the most common cancer among Canadian women. Statistically, one in nine women is predicted to develop breast cancer during her lifetime. Despite this gloomy fact, it is hopeful to know that the incidence of breast cancer has stabilized in recent years. Prevention, in my opinion, plays a critical role in this trend.

In addition to regular exercise and restful sleep, the intuitive wisdom of consuming a balanced diet with adequate amounts of fruits and vegetables for breast cancer prevention is becoming apparent in recent scientific literature. Phytonutrients such as lycopene, beta-carotene, chlorophyll, glucuronic acid and glucosinolates have been identified as some of the most colourful players in this process.

The flamboyant lycopene brings the colour red to tomatoes, pink grapefruit, watermelon, and guava. This pigment is thought to be one of the most potent antioxidants that protects the body from free radical damage and therefore against breast cancer development.

Beta-carotene is another powerful antioxidant found in carrots, squash and yam. Unlike many fat-soluble nutrients, this precursor to vitamin A can be taken in moderate doses for breast cancer prevention.

Chlorophyll in dark green leafy vegetables such as spinach, romaine and kale is known to form tight molecular complexes with some carcinogenic chemicals, including polyaromatic hydrocarbons from tobacco smoke and heterocyclic amines from charred meat. In doing so, chlorophyll interferes with their absorption from the gastrointestinal tract and reduces the amount that reaches susceptible tissues such as the breasts.

Similarly, glucosinolates found in purple cabbage and other cruciferous family vegetables such as broccoli, brussels sprouts and cauliflower help the body break down excess estrogen into a more stable form of estrogen known as 2-hydroxyestrone which does not have much effect on breast cells compared to the more potent form of 16-alpha-hydroxyestrone.

It is recommended to consume at least one to two servings from each colour group daily, making up a total of five to ten servings of colourful fruits and vegetables a day for effective breast cancer prevention and health promotion!

Dr. Danny Jui is a naturopathic physician with additional certifications in acupuncture and Integrative Medicine.