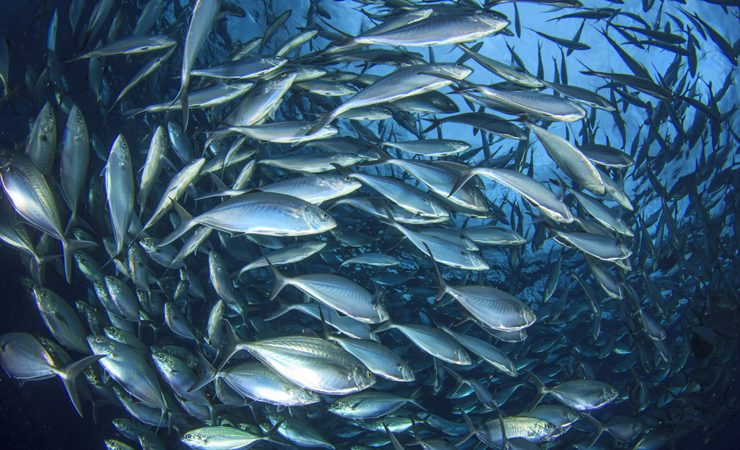 British Columbians can rejoice as Choices Markets now offers 100% Ocean Wise fresh seafood across all locations! Ocean Wise is so important because it makes sustainable seafood easy. Seafood lovers do not need to think twice about the environmental impacts of transporting and preserving catch once they see that Ocean Wise symbol on Choices seafood. Ocean Wise addresses fishing and farming techniques, resource management to protect the health of our waters, by-catch concerns and species abundance but let’s move beyond Ocean Wise and talk about two other fishy concerns.

Mercury levels in the environment have unfortunately increased over the years due to waste burning and coal combustion [1] [2]. Fish can accumulate mercury in their muscles from other fish they eat and through absorption from the surrounding water [4]. B.C.’s Ministry of Health recommends daily limits for large, predatory fish species such as tuna, shark, marlin and swordfish but they also note that Albacore tuna products from Canada have no serving limits and do not pose a health risk as mercury levels in these fish are lower than in other species and stocks of tuna [1] [3] [5]. Why?

According to Registered Holistic Nutritionist, Melissa Evanson, “One reason is that B.C. Albacore tuna are caught at a relatively young age (3-4 years) compared to the other listed species, like sharks and Bluefin tuna that have longer lifespans during which toxins can accumulate. Habitat is another factor. A study comparing mercury levels in Albacore tuna from the North Pacific vs the Mediterranean showed a 10-fold increase in Mediterranean tuna. This could be explained, in part, by the fact that the Mediterranean Sea is located over one of the richest natural reserves of mercury in the world and is also a semi-enclosed body of water where toxic compounds can concentrate.” [6]

On March 11, 2011, a magnitude 9.0 earthquake occurred 130km off the coast of Japan. The earthquake created a series of tsunamis, which badly damaged the Fukushima Dai-ichi nuclear power plant, causing four of the six reactors to release radiation into the atmosphere and ocean. One of the biggest questions following this disaster was if radiation along the Canadian coast was a concern.

According to marine radiochemist, Ken Buessler, traces of radioactive contamination from Fukushima were found in collected samples but the amount was well below levels of concern for humans or marine life. The highest measured levels attributable to Fukushima were found 2400km north of Hawaii. Swimming there every day would still result in a dose 1,000 times smaller than the radiation we receive with a single dental x-ray. Not zero, but still very low [7] [8].

Keep in mind that seawater everywhere contains many naturally occurring radioactive particles. As a result, fish caught in the Pacific and elsewhere already have measurable, but small, quantities of these substances. Lastly, most fish do not migrate far from their spawning grounds, which is why some fisheries off Fukushima remain closed.

Seafood is a complicated business! Be grateful for programs like Ocean Wise, but don’t stop there. Continue to ask these critical questions at your local Choices to make sure you are getting the most sustainable seafood possible.